Honeynut squash are the darlings of the pumpkin world. Out of all of the squash and pumpkins I have ever tasted, honeynuts are, by far, the most flavorful. Their deep natural sweetness becomes rich & caramel-y, when roasted at high heat. Which means you don’t need to add much to them to create a delicious… Read more It’s hard to believe that such a long time has passed since my last blog post. And SO much has transpired in our life since then. But I finally feel like I am in a place to share here once again. The predominant concern of the last 2+ years of our life has been my… Read more One of the greatest joys of summer is the produce, hands down. And this summer, our multi-grafted plum tree is literally bursting with fruit! We are all about easy recipes that require little to no cooking right now (thanks to daily 100°F+ weather). So these simple sautéed plums were born from the need to easily… Read more Summer is the ultimate season for salads. There is no better time of year to feast on bountiful platters brimming with fruits and vegetables. During my weekly visit to the farmers market, I always start off with a slow stroll to take in what each farmer is offering. Last week tomatoes, peaches & habanero peppers… Read more Pickled red onions are a summer staple in our kitchen. Bright and zippy, they are the perfect addition to tacos, salads, sandwiches and so much more! Recently we tried cochinita tacos from a local Mexican restaurant that were topped with pickled red onions with habanero peppers. We absolutely loved the depth of flavor that the… Read more Stuffed vegetables are a beloved food to so many different cultures in the Mediterranean, Balkans & Middle East. In Greece, we call them gemistá (pronounced: yeh-mee-STAH) and they are a warm-season staple. Out of all of the vegetables that get stuffed and baked, red peppers are our absolute favorite. Gemistá typically have a rice-based filling… Read more Dolmades (pronounced: dohl-MAH-thes) are the Greek version of stuffed grape leaves. Stuffed grape leaves are a beloved food consumed all throughout Greece, the Balkans and the Middle East. This recipe for dolmades gialantzi is from my friend Peter Minaki a.k.a. Kalófagas. I first discovered Peter’s Greek food blog many years ago while learning more about… Read more I was eight years old when I first visited Mexico. It was an especially significant trip for me, as it was the first time I ventured outside of the US. I have several vivid memories of my experience in Mázatlan. But nothing pervades my memory quite like the traditional Mexican tortilla soup I ate during… Read more This recipe is a tribute to a place with a food culture that deeply impacted me. Hawai’i is a sacred place that has a complex history of colonization & immigration. The intersecting trajectories of Hawai’i’s history have contributed to the fusion of local culinary culture in Hawai’i (referred to as local Hawaiian food). My hope… Read more The world of ‘pita’ in the Greek cooking culture is vast. Pita is most commonly known as “pita bread.” Which is a flatbread used for things like gyros. Then there are the pitas that are essentially phyllo encased pies. Which are filled with savory or sweet fillings. There are so many variations of pita in… Read more

PAPOUTSAKIA aka Greek stuffed eggplants are a summ

I never used to post pictures of myself… And I u

I think I LOVE when it rains - nothing compares to

pitting sour cherries to cicada songs - this is su 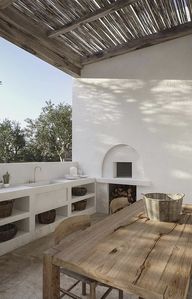 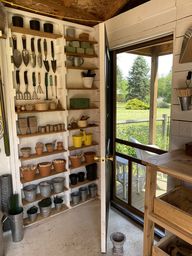 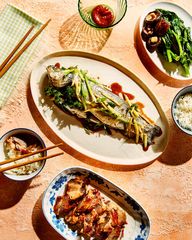 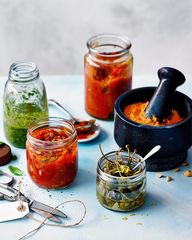 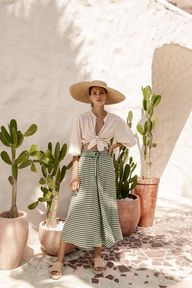 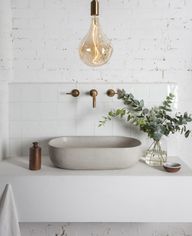